How to Setup and Get Google Voice Phone Number For Free

Today, we are going to focus on what we call Google Voice Number and for those that do not know what is a google voice number, Google Voice is a virtual service and product which is provided by Google and it helps users get a free virtual phone number to use calls, text, various business communication goals.

So just to be brief, if you are someone that loves making transactions with virtual numbers, then you obviously know the essence of Google voice. with all its features and powered by Google voice Virtual phone number mainly because it is not available in your country in that case you will have to use a VPN.

So let us get down to the main purpose of this post, In this post you will learn how to bypass any restriction that you might encounter or that hinders you from having a Google Voice virtual phone number. 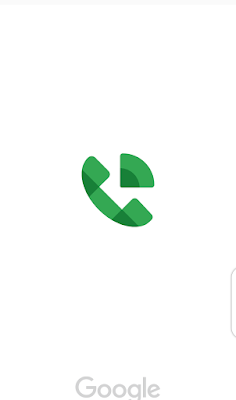 What is Google Voice

Google Voice just as the name impliea, it is a telephone service that provides the user with Voicemail services, call forwarding, voice and text messaging as well as U.S and other international call termination for Google account customers base in the U.S and for Google Worlkd Space customers in France, Denmark, Canada, Netherlands, Portugal, Spain, Sweden , Switzerland and the U.K.

This service was launched by Google on the 11th March 2009 after the comoany had acquired the services GrandCental.

With Google voice, you are provided with a U.S telephone number that you the user will choose from available numbers in account. Calls to this number are forwarded to telephone numbers that each user must configure in the account web portal.

With Google Voice number, you have a virtual phone number that you can use to get your calls, text in one place.  Coming to business men, this is really an important asset for a business man.

What is a Virtual Phone Number ?

Another name for a virtual number is also known as direct inward dialing or access numbers.  This is a telephone number that does not have a directly associated telephone line. Most often, these numbers are programmed to forward incoming calls to one of the pre-set telephone numbers, chosen by the clieant; fixed, mobile or VoIP.

These virtual numbers are usually linked to a virtual account that often supports call forwarding.

Also, with a Google Voice number you have many other impressing features at your disposal. And one of these is that, with Google voice, you will have a virtual phone number that you can use to verify for any service online and receiving sms but also making international calls securely powered by Google.

So let us get down to the main purpose of our post and see how we can setup a Google Voice number for a free US virtual phone number.

How to Setup Google Voice and get a free U.S Virtual Phone Number

Now we are about to get down to the setup process. This setup process can seem hard for some others especially if you are just  a noob in this type of domaine. So we have taken into consideration everyone and the steps have been simplified in such a way that if well followed, you will surely get your Google Voice U.S virtual phone number.

But before starting, there are some requirements

Steps to Follow to setup your Google Voice number