Bitcoin Wallet- How to Create and Setup a BTC Account

we can say that a bitcoin wallet is somehow similar to a digital bank account where you can send, receive, and manage your bitcoins
Brandon

Technology  has added so many innovations in the world, bitcoin is and electronic currency that permits you to make online transactions and purchase any good and service of your choice. Bitcoins or any other cryptocurrency are stored in an electronic wallet like for example bitcoins are stored in a bitcoin wallet.

The beauty of bitcoin is that you are your won bank even though there are many online platforms that assists you in buying bitcoins, but you are the one in charge of managing your bitcoins through a wallet.

We hear about  cryptocurrency every here and there but some of us do not still really know what it is all about. Cryptocurrency just like every other currency, it is a form of payment that permits online exchanges in order to obtain goods and services.

Nowadays, many companies have created their currencies mostly called tokens and this can be used to trade specifically for the good or service that the company provides. So in order to access the good or service, you will have to first of all exchange real or physical currency for the cryptocurrency.

Many of us often ask ourselves how cryptocurrencies work? well they work using a well organised and set up technology called blockchain which is decentralized technology covering many computers that manages and records transaction. 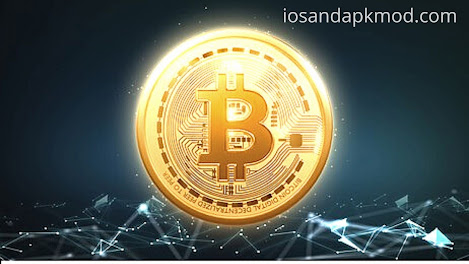 What is a Bitcoin Wallet ?

we can say that a bitcoin wallet is somehow similar to a digital bank account where you can send, receive, and manage your bitcoins. This is how its functions, you can buy bitcoins in any website you know that sells bitcoins, it is then transferred into your wallet where you can manage your bitcoins at ease. If you want to send bitcoins to another person, you can simply click on send and then enter the receiving address of your recipient then the coins will be send to the recipient.

How to Select a Bitcoin Wallet?

there is a large number of different wallets that you can make your choice from but you having to choose a wallet depends on many factors such as; since when did you start trading in Crytocurrency? are you willing to buy a small amount or invest large amounts of money.

For you to create a bitcoin wallet, it  is simple and less complicated and  less time consuming as compared top bank accounts. We have roughly 3 types of wallets which are; Mobile wallets, Software wallets and hardware wallets.

How to Create a bitcoin Wallet?

The bitcoin wallet that suits you best greatly depends on many factors such as; your buying needs, and what you would like to use bitcoins for.
If you are a beginner when in comes to buying bitcoins, then an online wallet is the easiest and most user friendly way for you to manage your bitcoins.
There are many free wallet that you can used to manage your bitcoins and the most used free wallet is Coinomi and the wallets also other coins.
You also have other wallets like blockchain and Paxful which are also good but in this article we are going to base on how to setup a Coinomi Wallet by following the steps below.

What is a Bitcoin Receiving address

For those that have already seen how a BTC address looks like, it can be noted that the address is long and alphanumeric always starting with 1 or 3. People often ask how can one get a BTC address? Well the answer is that each wallet automatically generates a bitcoin address even immediately after its creation.

A bitcoin address is regenerated every single time you make a transaction and the address also regularly changes thereby improving on your privacy too.

But if you wish, you can still use the old bitcoin address again as each address on which you have previously received bitcoins can be re used again and the coins will still enter the same wallet.

In most bitcoin wallets, you can see all your used generated addresses in the transaction history. It should be noted that for sending and receiving bitcoins,  it is always advisable to copy and paste the receiving address because this lowers the risk of making mistake instead of trying to type in the address manually.

JOIN US ON TELEGRAM FOR MORE EXCLUSIVE APPS AND UPDATES
Getting Info...
#Blog