An emulator is a software imitation of a video games console. You can install emulators on your iPhone---without jailbreaking it
Brandon 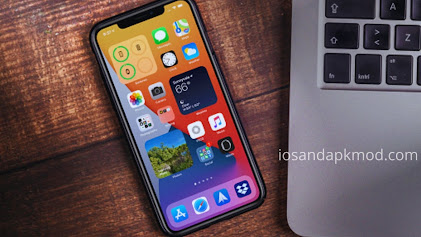 It is of no doubt that modern mobile games are fine but for sure that they do not come any where close to classic games such as Pokemon, Crash Bandicoot, Super Mario 64 or the legend of Zelda. But thankfully it is possible to play all these classic video games and many more on your iPhone using the best emulators that will be listed below.

What is an Emulator?

An emulator is a software imitation of a video games console. You can install emulators on your iPhone---without jailbreaking it---to play some of the most popular video games ever made. Here are all the best emulators to use on your iPhone or iPad.

We all know that Apple doesn't allow video game emulators on the App Store, but do not worry cause it's still possible to install them on your iPhone, iPad, or iPod touch without jailbreaking your device. That does mean the emulators are sometimes a little bit unstable, but that's a small price to pay for access to the best classic video games on your iPhone.

All of the emulators that are listed in this article are available to download on webites such as iosandapkmod or the AppMarket but you can get a better reliability if you pay for a Buildstore subscription. Otheriwse, you may need to compile the apps on your iPhone by making use of a computer.

Once you have succeeded in installing a video game emulator on your iPhone, you will still need to get some ROMs to use alongside the emulator. A ROM  is a software that software version of a video game cartridge or disk and for sure you will need ROM for each game that you wish to play but the good news is that the same game ROM will work for every emulator that supports the console.

NOTE: Emulators are legal, but downloading ROMs for games that you don't own is considered piracy. Some companies don't mind if you create a "backup copy" of games you already own, but this isn't always allowed either. While ROMs are freely available online, we don't condone downloading them.

These are the best retro emulation apps for iPhone and iPad that let you play classic N64, PS1, and more games.

One of the best iPhone emulatord for the Nintendo enthusiast is Delta. It is the successor of well known GBA4iOS emulator and you can download the emulator from this page. Delta Emulator supports a huge range of Nintendo consoles such as

With this amazing emulator, you will be able to save your games in anay state, take advantage of Quick saves if you have an external controller and also Sync all your data to Google Drive for save keeping. You can still add more flair to your game by adding more cheat codes to it or lock your favorite saves in order to ensure that they do not get overwritten.

Delta lets you connect wireless PS4, Xbox One, and MFi game controllers, as well as Bluetooth or wired keyboards. You can customize the button mapping however you like, even saving presets on a per-system or per-controller basis.

Without an external controller, you can still customize the emulator skins that appear on your iPhone screen and choose buttons for Delta to hold down so you don't need to keep pressing certain buttons as you play.

All this detail only scratches the surface of Delta. The developer is still working to improve it, with plenty more updates yet to come.

Some features of Delta Emulator

You will need to install this IPA by compiling it froma  computer but believe me that it is worth going through all this as Provenance is one of the oldest and most well known multi-platform emulators for iPhone. This emulator will be especially good for you that is looking forward to playing original PlayStation games on your iPhone.

With the Provenance Emulator, you can also save your games at any point or record footage of you playing and sync all data to iCloud. You can even choose to auto- load one of your save every time you open Provenance in order to start playing quickly as possible. Connect a wireless MFi, iCade, or Steam controller for better comfort while playing on a small screen.

Some Features of Provenance Emulator

PPSSPP is dedicated to emulating PlayStation Portable (PSP) games on your iPhone, iPad, or iPod touch. While it should be able to run any PSP game on your device, older iPhones might not run the games at full speed.

Like all the other emulators on this list, you can create save states for your games, so you don't need to worry about reaching a save point before exiting the emulator. You can also add cheats to your games for extra fun.

Perhaps one of the best features of PPSSPP is that it gives you the ability to transfer existing saves from your real PSP. So you can pick up in GTA: Vice City exactly where you left off.

Unfortunately, it doesn't seem to have a built-in way to sync your games to the cloud. However, that might be best considering most PSP ROMs are extremely large files.

The PSP controls appear transparently over the game screen while you're playing games, which means PPSSPP presents the largest screen possible on your device.

This Emulator brings together emulators for a long list of different consoles, offering a single slick interface to play all the best classic games on almost any device. You can install RetroArch on Windows, macOS, Linux, Android, and iOS, making it one of the most versatile emulators available.

RetroArch uses the same gamepad for all the different emulators included. This makes it easy to get comfortable with the touchscreen layout no matter which game you're playing, which could be one of many thanks to RetroArch's wide support.

GamePad is an emulator made for iOS that helps play numerous games such as  DS, GBA, PSP, MAME, GBC and N64 games.

You are able to download Gamepad IPA emulator for iPhone, iPad and iPod  from this page by simply clicking on the download link that will appear at towards the end of the page. It is a multiplatform emulator which supports all GBA, PS1, N64 and NDS emulator games. You can enjoy games from other emulators in this Gamepad ipa.