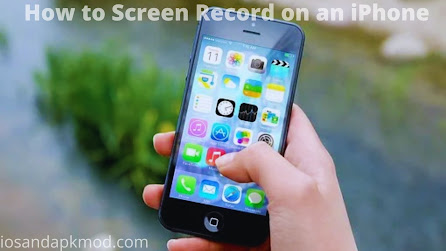 Have you ever been asking or seeking to know how you can screen record on iphone either by making use of the built-in screen recording tool or third party apps. The fact that you are able to record your iPhone screen comes with a variety of reasons such as recording your screen in order to show your friend or family member how to go about doing something in a phone or to have a video a prove of any chats with someone. Also you may want to screen shot your screen because you have a blog that where you upload short video tutorials for iOS or android.

How to Add Screen Record on iPhone

iPhones running on iOS 11 and above can use the screen record tool and this actually stands as one of the useful utility iPhone widgets and it does nit also cost a dime. So if you want to discover how you can screen record on an iPhone by making use of both of the built in widget or the the third party apps, then stay glued to his article as we disclose to you the step by step procedure.

You should note that in order to use the screen recording tool on your iOS device, you will first have to enable it in control center by following the steps below ; 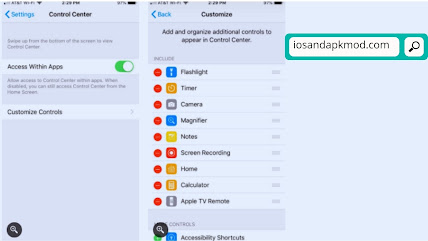 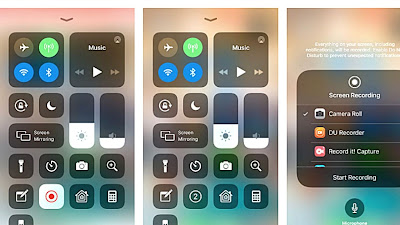 It is quite easy to stop recording, and to do so  you can simply  tap the red clock or red bar at the top and confirm you want to end the recording by tapping Stop. Alternatively, you can tap the Screen Recording button in Control Center again.

When you stop recording, you'll see a notification that the screen recording has been saved to your Photos app. And voila! That's how to record your screen.

I believe you have already heard of Snagit for computer and if you are a lover of that app, then you will surely like TechSmith capture for iPhone and iPad.

In order to launch a recording in this app, you will have to tap the red button at the top of the app and then select start Broadcast on the next screen. You can as well turn on the microphone to make recordings with audio.

- Keep all of your screen recordings organized in the library.

- Quickly transfer videos to Camtasia and Snagit over a WiFi connection.

TechSmith Capture’s enhanced onboarding will ensure that you are getting the most out of your iOS screen recordings.

TechSmith Capture is currently offered as a free preview, so take advantage of it while you can!

Here is another great third party app from AppStore that you can use to screen record on your iPhone and this works almost identically to Techmith Capture.

To start a recording, tap the red button and then select Start Broadcast on the next screen. Again, you can turn on the microphone if you would also like to record audio with your screen.

Features of Record it Screen Record

• Record audio only commentary for your videos

• Organize your recordings in one simple application with easy access

• Save directly to camera roll

Final Thoughts on How to Screen Record on Your iPhone